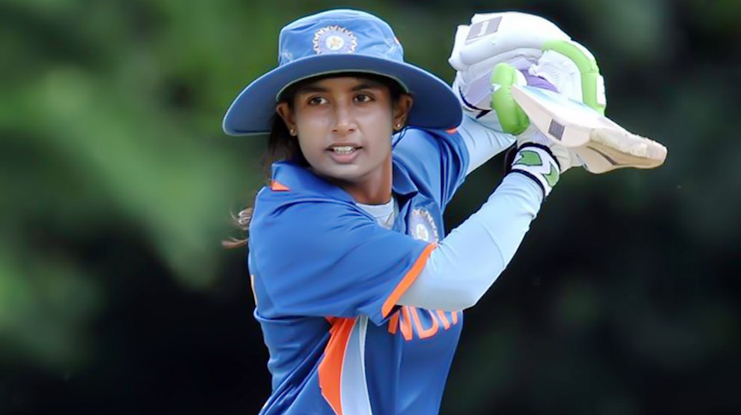 Mithali Dorai Raj is captain of the Indian Women's cricket team in Test's and ODI. She is the highest run-scorer in women's international cricket and the only female cricketer to surpass the 6,000 run mark in ODIs. She is the first player to score 7 consecutive 50s in ODIs
Born in Jodhpur to a Tamil family, Raj grew up in Hyderabad learning the basics alongside her brother, having made the tough choice of giving up on her passion - dance. Admittedly forced into the game by a strict disciplinarian father, Raj's many sacrifices bore fruit when at 19, playing just her third Test, she surpassed Karen Rolton's 209* with her 214 to set the new record of best individual score (now second-highest) in the longest format. Her 18-year career (and counting) has been a roller coaster of a ride but, fortunately for her, the runs never dried up.
The World Cup snub made her stronger and more determined, but when her chance finally came, Raj was laid low by typhoid in the 2000 edition. However, she made up for it by leading India into the finals of 2005 edition, which also remains the side's best finish in the mega event thus far. The cup has remained elusive but Raj has stacked up some serious numbers, and many firsts amongst them, to establish herself as the face of women's sport.
Pushed into opening in T20Is by former teammate and then coach Purnima Rau, Raj's career graph saw an unprecedented climb in the shortest format of the game. Since then, she's become as indispensable in the opening slot as she is to India's middle-order in 50-overs cricket.
The second most-capped player in ODI history behind Charlotte Edwards, Raj overtook the former England captain's tally of all-time highest runs in the format (5992) when she punched Ellyse Perry for a single in the 29th over of India's World Cup game against Australia. In the same match, she also became the first-ever to scale 6000 runs in women's cricket. Raj is only the third player in women's history to lead the country in 100-plus ODIs. Her tally of 49 half-centuries in the 50-over format - and seven of them on the trot - are both a record.
Raj's consistency is second to none. She's left behind some of the most prolific names in men's circuit - let alone women's - with a career average of over 51. In the form of her life even at 34, it wouldn't come as a surprise when she goes on to become the first women ever to 200 caps.
for more Abount Mithali Raj
Hits: 1356, Rating : ( 5 ) by 1 User(s).