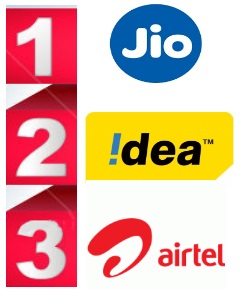 Telecom Regulatory Authority of India (TRAI) reveals that the new telecom operator added 19.6 million subscribers in October 2016 alone. However, with increase in subscriber base, there was a jolt in 4G data speeds. Now, according to the data published by TRAI, Reliance Jio has not only dramatically improved its network, but also managed to top the 4G charts by offering faster data speeds compared to rivals Airtel,Idea and Vodafone.
Sourcing numbers from TRAI’s MySpeed app, which is available for both Android and iOS users, the data was collected during the period up to March 2017. It is interesting to see that Jio has worked hard to improve its network to enable users to download content at faster speeds. 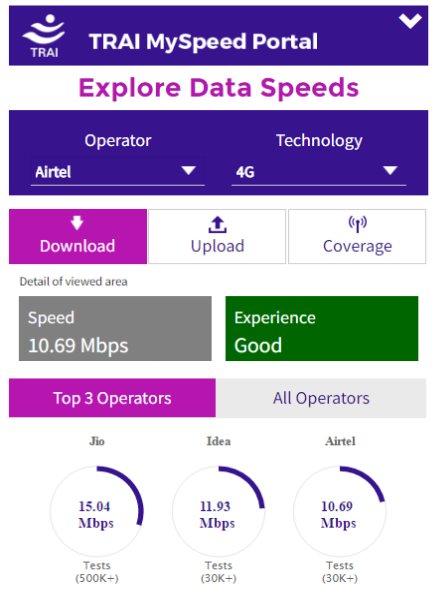 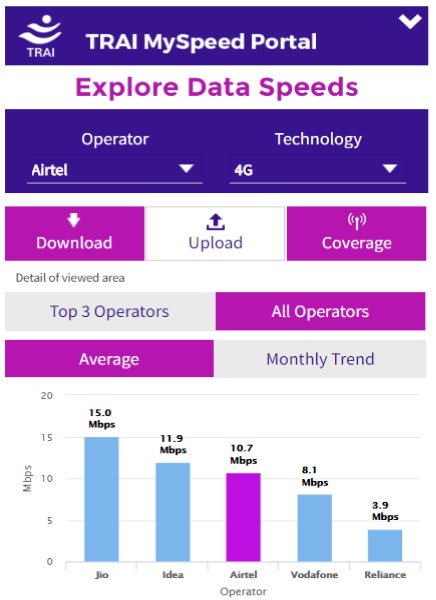 Disclaimer - The results represent the average of the data speed samples collected from various consumers of the TSPs on a crowd sourcing basis during speed test initiated by them over the last 3 months and the monthly trends are updated on the 1st of every month.
Hits: 1015, Rating : ( 5 ) by 1 User(s).

Program Manager - Excel Board in Asia
/Jobs in India

Program Manager - Excel Board in Asia
/Jobs in India