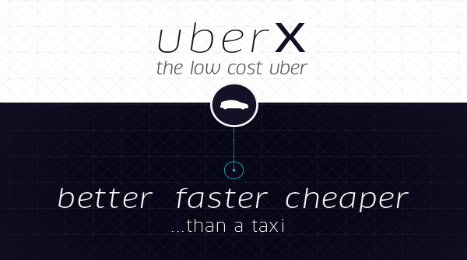 Uber Cozies Up To Authorities In Hyderabad, India, With $50M Support Center

Uber Cabs
India: Uber, an international transportation network company, on Monday announced a $50 million investment in Hyderabad to set up a facility which will be the biggest outside its headquarters in the US.
The state-of-the-art facility to be established over the next five years will house hundreds of new employees.
"The investment will be into Uber's core business -- a new green field project which we are going to set up here. It will make Hyderabad the largest Uber office in the world outside the US," Sidharth Shanker, general manager of Uber Hyderabad operations, told reporters after signing a Memorandum of Understanding (MoU) with the Telangana government.
The facility will support Uber's operations across the country, he said.
This will be Uber's biggest investment in India. This is also its first of its kind agreement with any state government.
"Hyderabad was always the preferred choice. The style of life, the progressive government and deep talent pool were the key factors that influenced the decision," Sidharth said.
The company, which launched its operations in Hyderabad 16 months ago, already has thousands of partners.
In April, Hyderabad was chosen over 320 other cities as the location for Uber's global-first cash payment experiment.
Last week, Uber launched its operations in seven cities taking the total number of cities in India on its network to 18.
The MoU with Telangana is aimed at creating thousands of jobs and entrepreneurship opportunities, fostering technical innovation and research into smart city initiatives.
Uber will leverage its global model to create unrivalled entrepreneurship opportunities and support tens of thousands of middle class jobs in Telangana.
Uber and the government will partner to create socio-economic opportunities for women and people from resource-poor sections of society.
Hits: 1032, Rating : ( 5 ) by 1 User(s).